“Yoga helps to overcome from anxiety, depression, guilt and stress which can significantly reduce fertility rates.”

These days, professional success has become one of the greatest priorities amongst modern people and many individuals are having babies later and later in the life. There are so many reasons due to women are shifting their age of family planning later and later, whether that is career first than family or not finding the right partner or difficulties in conceiving or any other. Consequences of such reasons may not be visible immediately. Late night work, short term deadlines, tight/busy schedules, and hurried lifestyles impact both your physical body, as well as mental strength. In result stress and its associated health problems have also become increasingly prevalent.

Infertility is one of the most common troubles induced by stress and erratic lifestyles. Despite their continuous attempts and medical assistance, many couples still complain that they are unable to conceive. If this seems like your problem too, it’s probably time you embrace the curative practice of yoga. Stress-reducing yoga, used in concert with conventional medical treatments, may maximize the chances of conception.

Fertility yoga generally consists of a slow flow, with emphasis on restorative postures that reduce stress and encourage deep relaxation. Fertility yoga classes are not hot power flow classes, which focus on building heat and getting you to sweat.

Practicing yoga outside can transform a stagnant routine into a heightened experience.

Reducing stress by deepening and controlling the breath (pranayama).

Stretching and opening the pelvis, lower back, hips, groins, chest, and shoulders

Learning healthy emotional and cognitive skills to better navigate the ups and downs of everyday life and the journey to parenthood.

Creating a sense of community, helping women to feel less isolated and more supported in their journey

Register for a Trial Class

In addition to healing your mind, body, and soul, yoga will also help ensure that the good news comes knocking on your doors soon. Here are the top seven yoga asanas that can help boost fertility.

The Bhramari Pranayama, or Bee Breath, is a great asana for stress-relief. A study by Fertility and Sterility reports that psychological stress is a significant factor that results in infertility. This Pranayama calms the body and relieves it of stress, anxiety, and worry. With a calm state of mind and body, you can increase your chances of conception to a remarkable extent.

Paschimottanasana, commonly known as Seated Forward Fend, helps exercise the hamstrings, lower back, and hips. This asana even helps vitalize the ovaries and uterus, the key organs responsible for conception. This asana can also improve your psychological state.

This asana exercises your inner thigh and groin muscles. It also helps relieves stress, along with the discomfort of symptoms associated with IVF, menstrual cramps (bloating), and a medicated fertility cycle.

Here’s an asana that helps stimulate the thyroid gland, the dysfunction of which can lead to infertility. It also helps calm your mind and relieve stress.

5. Legs Up The Wall (Viparita Karani)

Legs-Up-The-Wall-PoseThe Viparita Karani asana when performed after intercourse enhances the chances of conception. This asana will help keep the sperm inside your body close to the uterus, opening and thus increasing its chances of reaching the matured egg for fertilization.

Cobra Pose, or Bhujangasana, is one of the best asanas for improving fertility. It helps increase the flow of blood flow to the ovaries and the uterus. This aids in creating hormonal balance, as well as the production of cervical mucus that makes the journey of the sperm to the egg easier.

BridgeThis asana helps your pelvic region open up and expand. It stimulates your thyroid gland by increasing the flow of blood, and thus improving its function. This asana also treats symptoms like anxiety, stress, depression, and fatigue.

Simple Precautions for All 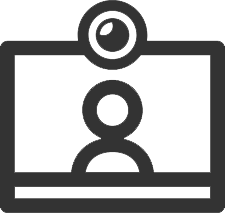 Start practicing yoga anywhere with live virtual yoga sessions with Urmal. We provide one-on-one, live, online yoga sessions which is a great way to incorporate yoga into your busy routine.

For workshops, Training and general Enquiries, contact at below deatails